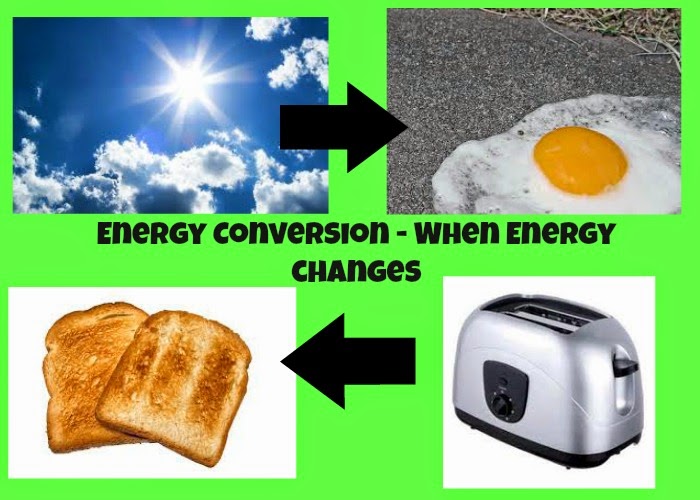 Simplified, the kids and I learned about when energy makes a change from one form to the next.

As put in our BFSU book:

First, energy always remains a form of energy. It may be converted from one form to another; it may be stored in various ways and subsequently released.

As I quickly read through this lesson, I wanted a visual way to show the kids about the relationship between the different forms of energy as certain circumstances bring about a change. I remembered this post from What Did We Do All Day, about making a quick 'on the fly' Venn Diagram, and was inspired. 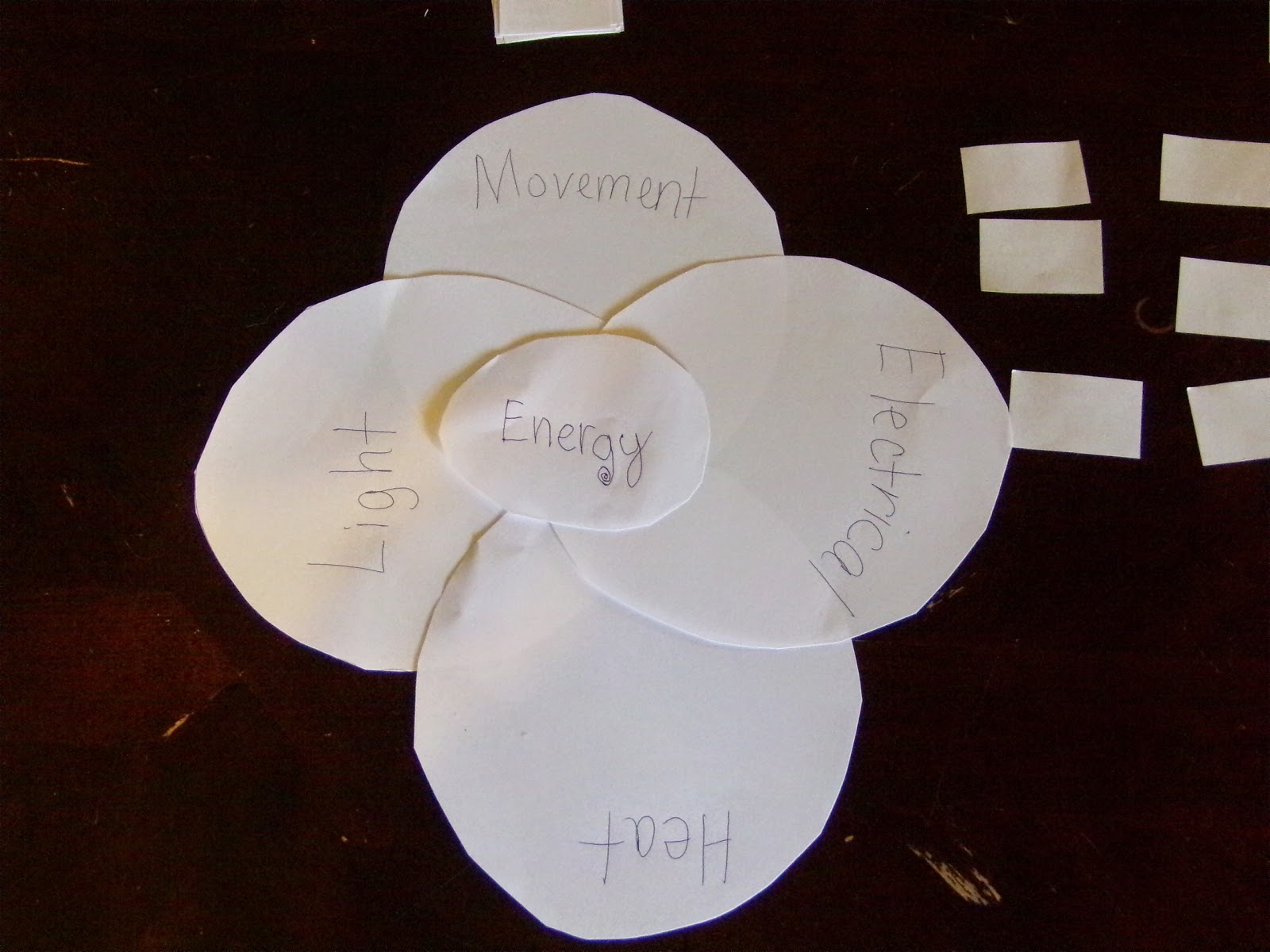 (If it's hard to see, click the picture, and it should zoom in for you!)

I wanted a way for them to connect the two energy forms that were changing, and this version of a Venn diagram worked well. Hoss decided to add the 'energy' tag in the middle, although we removed it when we were actually using the layout.
We reviewed each type of energy form that we had learned about, and also what we knew about stored energy.

Then, I introduced the following scenario:
"Suppose the sun is out in the middle of summer, and it's very, VERY hot outside. What happens when you try to walk outside barefoot?" They were quick to say that your feet would burn touching the ground. I asked them what type of energy the sun released, which they recognized as light energy. I asked them if the light energy is what caused their foot to burn on the sidewalk. They thought for a minute, and said no, it was because they ground was hot. I followed with, "What kind of energy would work through a hot sidewalk?" They were able to quickly come back with heat energy, and the connection was made! Light energy from the sun heats the sidewalk, which converts to heat energy from the sidewalk causing your feet to get hot and feel 'burnt'. Hence the picture at the top of the post with an egg cooking on the pavement :)

We went through several more scenarios, which you can see in this picture of our diagram, post-lesson. 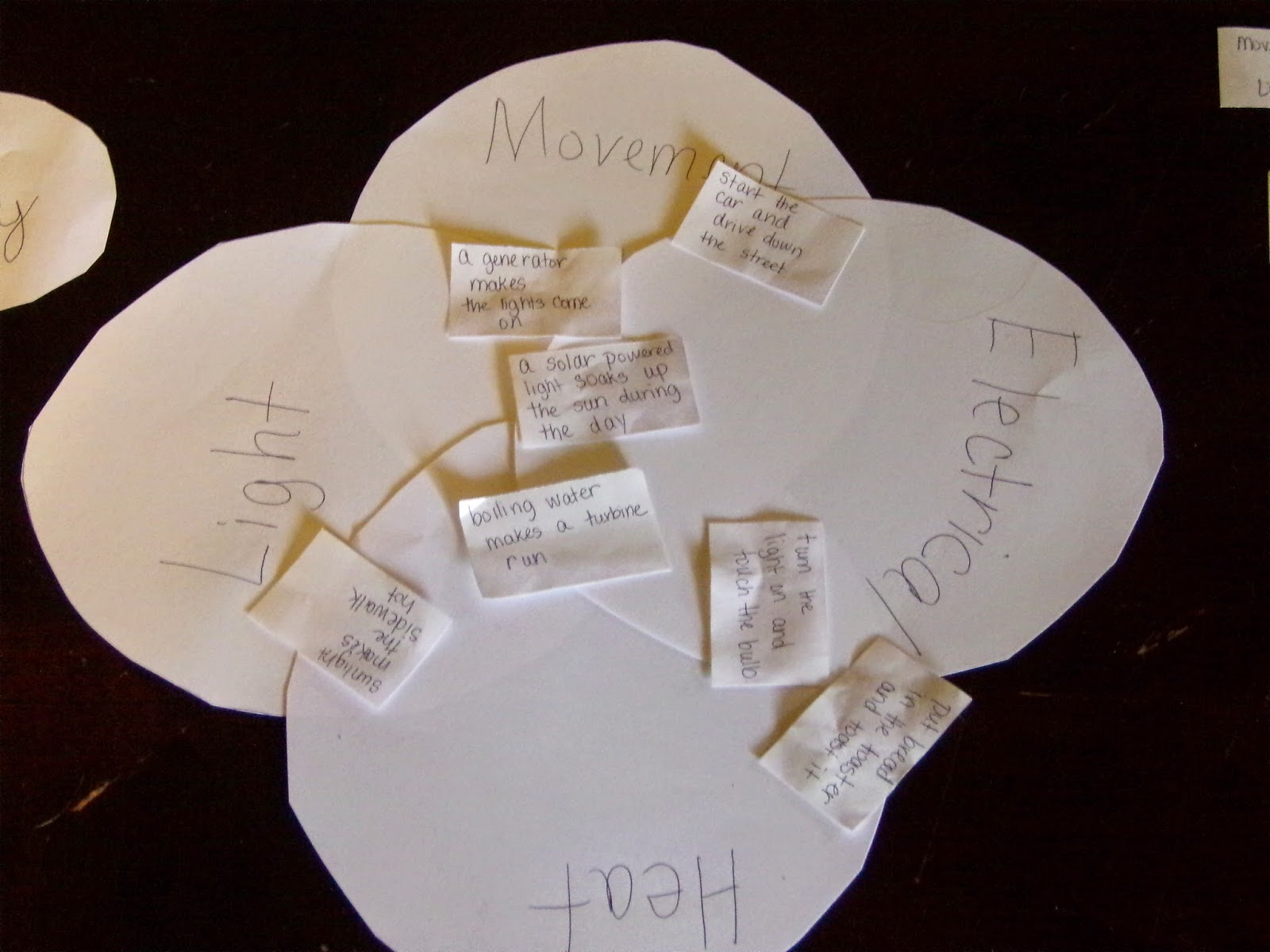 A closer look. You can see in the picture below that the following action - start the car and drive down the street - rested between movement and one other form of energy (electric). With their previous understanding of stored energy, they knew that there is actually stored energy in the gasoline, which is released when the electric energy starts the car, then we talked about the conversion to movement energy as it drives away. 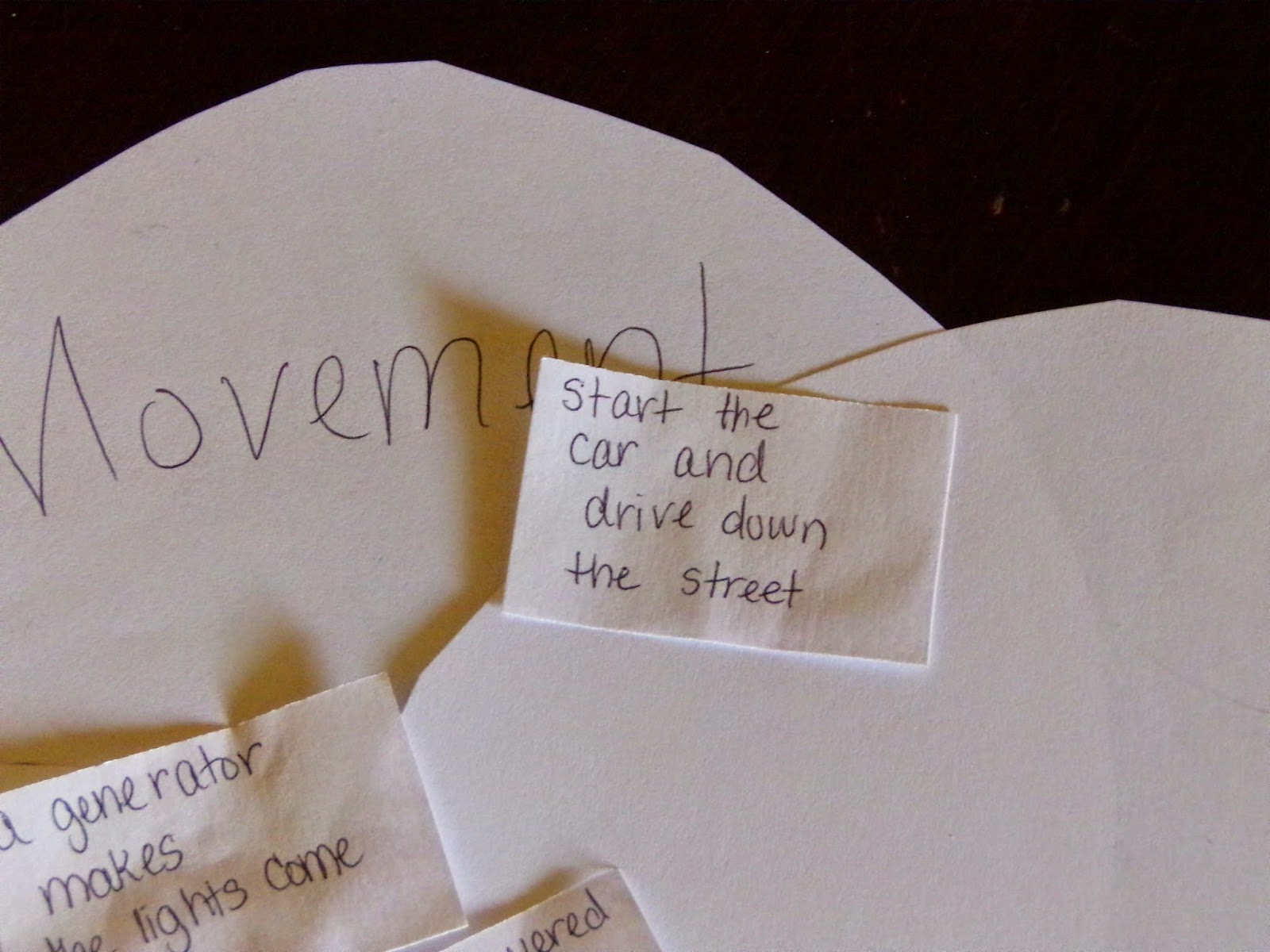 I laid out every possible energy conversion pair (Miss Priss called them a 'team') and, as a group of three, they discussed each situation and decided together what change took place. Sometimes they were correct, sometimes they weren't, which made for teachable moments. For example, they understood the car scenario, but the generator use (in the bottom right of the picture above) was not as clear to them. 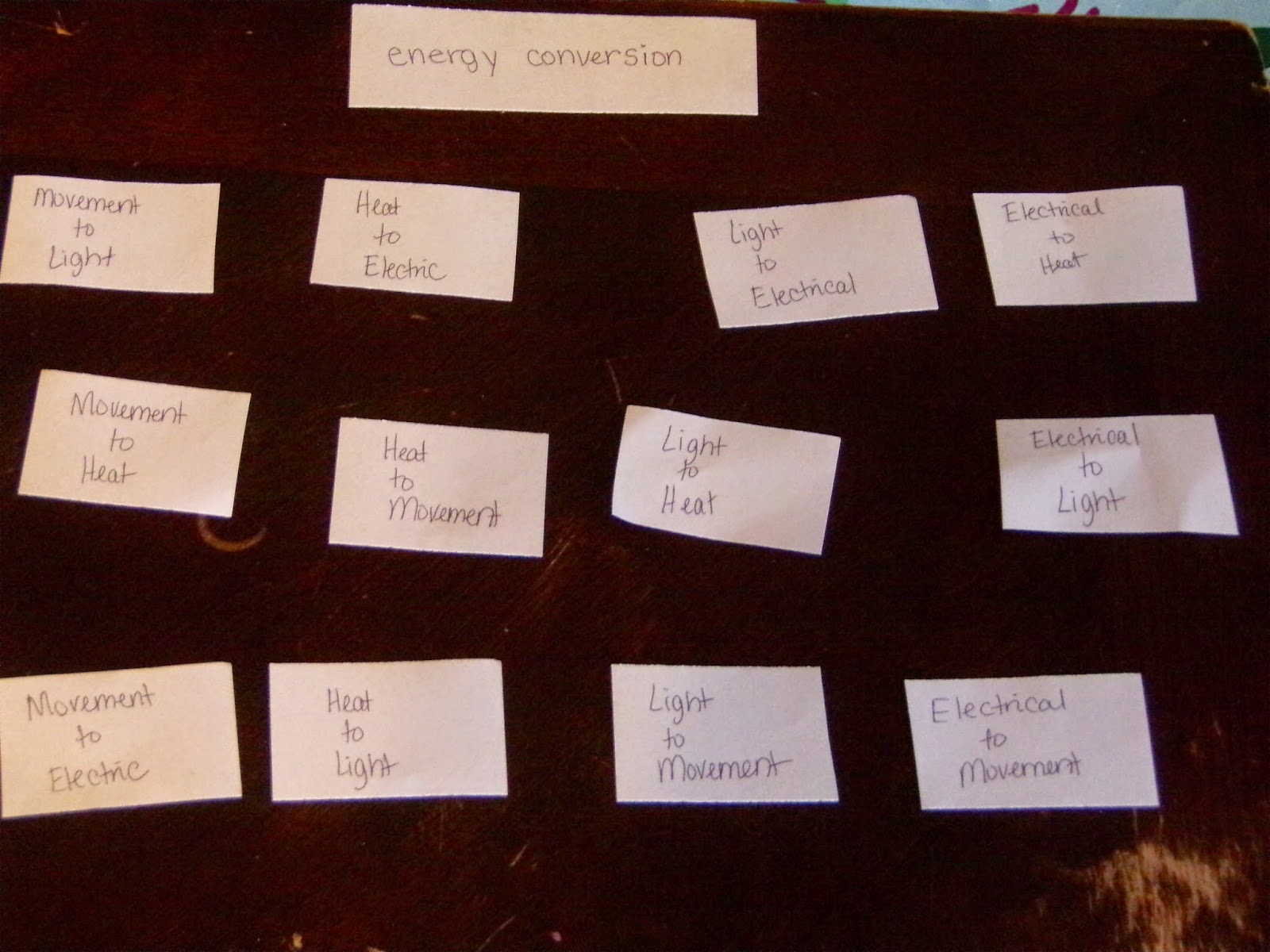 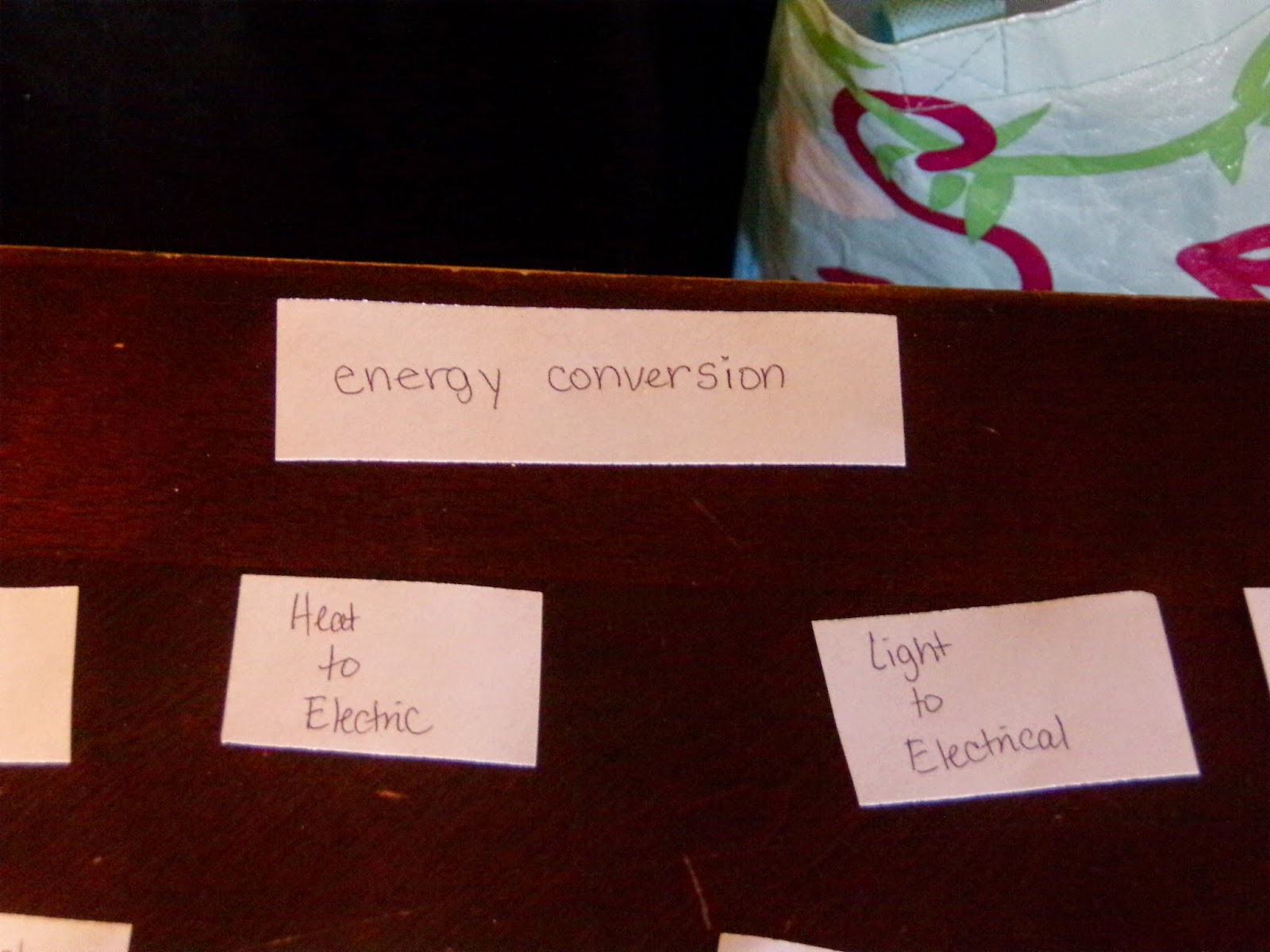 We were able to talk about how you can have one type of movement energy coming from a flying baseball join another movement energy (from the bat, which had previously  been stored energy) meet together. They really liked this one, since it was so easy to relate to during baseball season. 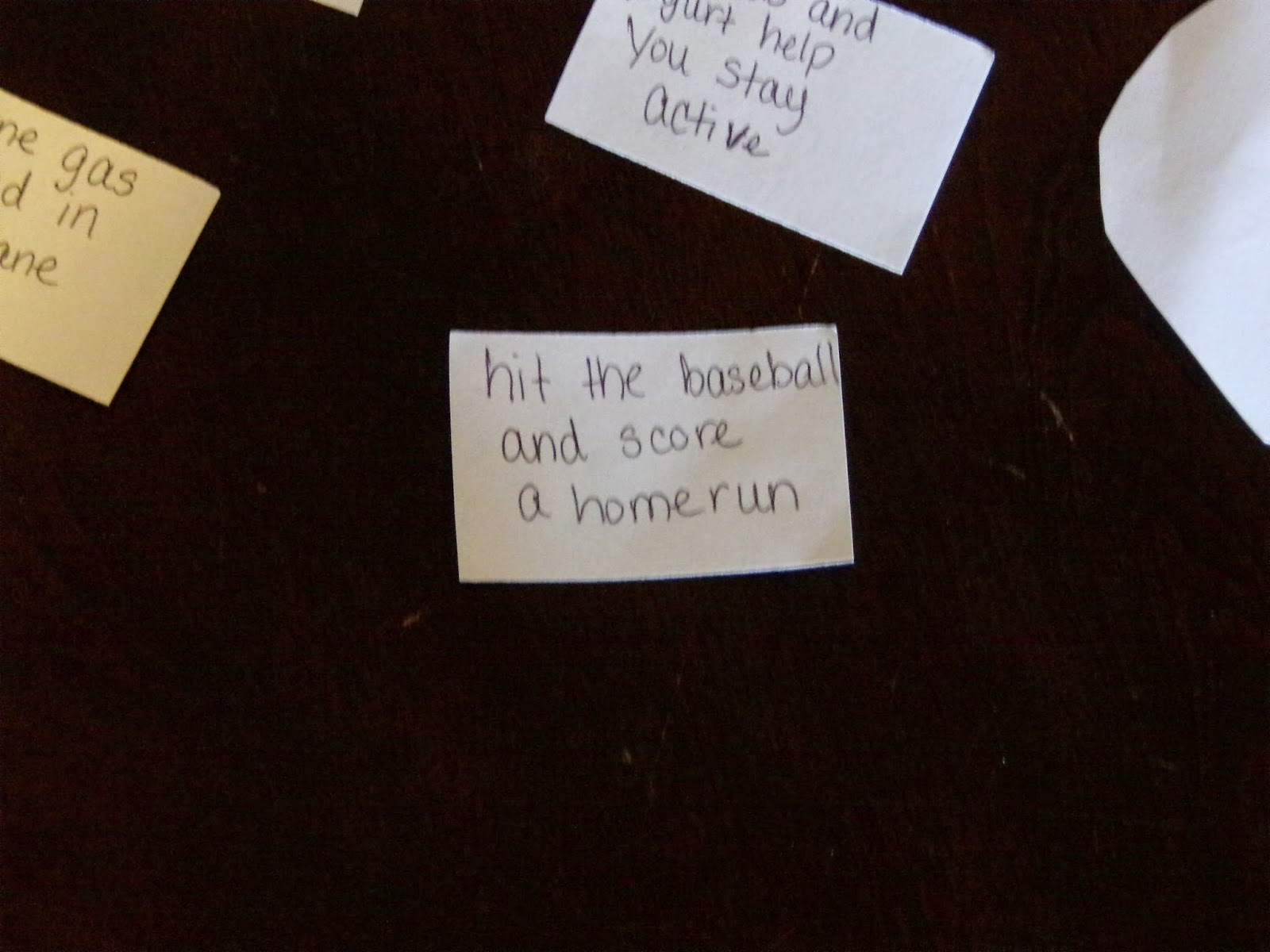 We discussed a few scenarios with different stored energies that are released prior to the change in form. 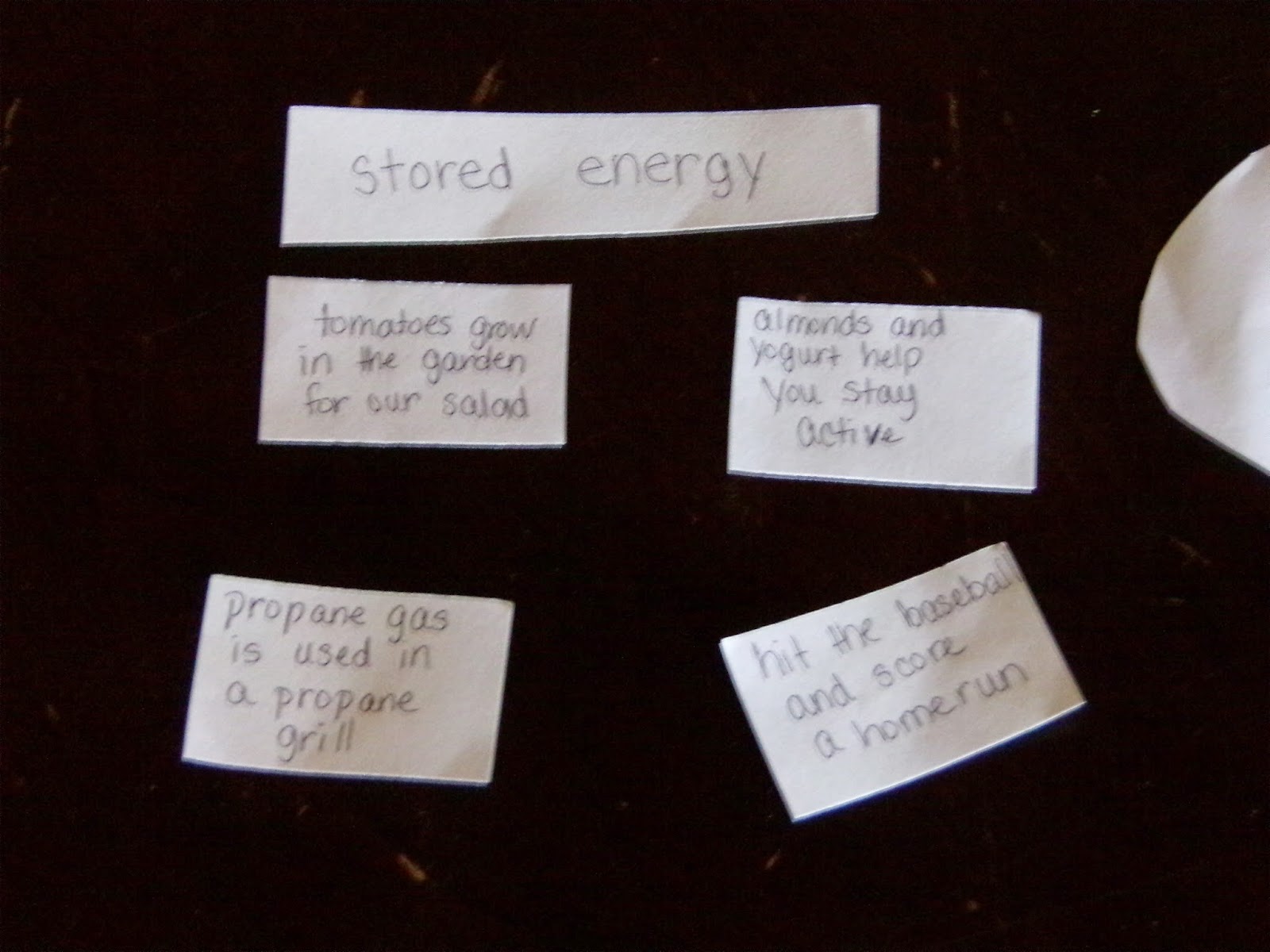 And that was that. All together, I think it took me about 3 minutes to scan this lesson in the book (my wonderful Kindle purchase), and about 10 to make the materials on the spot. Sure, it would be nice to have these prepared and laminated so they can be used again, but I just haven't had the time to do that. On the fly is working right now, and just goes to show how science can be taught in such a fun way, easy for them to understand at their level. My older two pick up on these lessons much faster, but these are building their foundation for greater lessons at the same time as building on the foundation for Miss Priss. Right now, we only do these lesson with the oldest three. The younger two do now sit long enough for them, and they are over their head, therefore not very captivating. 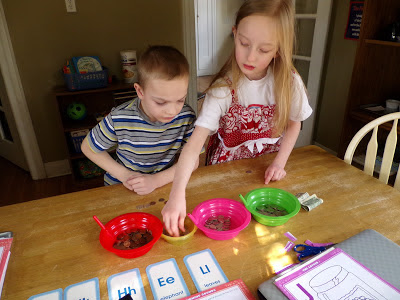 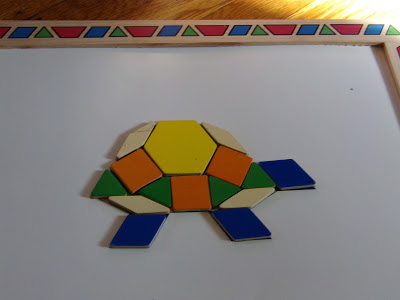